Italy is the topic of today’s post, and you’re probably wondering: What does this have to do with wedding videography?

To be frank: Nothing.

It seems like there’s never enough space to write in our blog about about all the things going on in our life outside of our work for Sweet Pea Cinema, as well as Johnson & Johnson Creative Content, which is our corporate videography brand.

So we are peeling off a little space to talk about non-wedding video things.

Such as our upcoming trip to Italy!!!!

It’s been forever since Dean and I were able to take this much time off together and explore. In fact, our last great wandering was to Amsterdam, Brussels and Germany with great friends, Marty & Sheryl in 2009. So, almost 10 years since our last great adventure overseas.

Italy: Why there and why now? 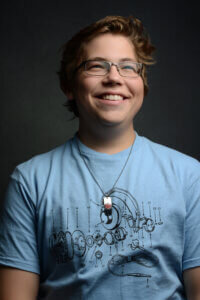 You might be asking why we picked country and really curious about a trip in winter.

The answer lies primarily with Aaron, one of my stepsons and Dean’s youngest.

Let me explain: Aaron was supposed to go on a school band trip to England over New Year’s of 2015. But the unthinkable happened: He was diagnosed with kidney failure from a rare autoimmune disease. Out of the blue.

It was the most devastating news we have ever received.

So, not only did AJ miss that once-in-a-lifetime trip, but he also had to face life as a seriously sick teen. His life completely changed, and so did ours. AJ spent the next year and a-half on dialysis, which is a lengthy, complicated and not very comfortably process of machines cleaning his blood of toxins, since his kidneys were no longer capable of doing the work. He spent four hours, starting at 5:30 a.m., every Monday, Wednesday and Friday at Children’s Hospital of Wisconsin on dialysis, and the process almost always made him feel drained.

Dialysis is no fun, but it’s the only thing that keeps people in kidney failure alive.

Thankfully, AJ received a kidney transplant in February of 2016, which has changed his life so much for the better and has freed him from the trials of dialysis. We could not be more happy!

Make a Wish for Italy

One of the very few bright spots in Aaron’s harrowing medical journey was that as a renal patient under 18, he was eligible for a Make a Wish. Aaron has always had a passion for food, so his request was an eating tour of Italy. I have to admit everyone in his family — his mom, Carolyn, her partner Mark, his older brother Jake, and us — were pretty excited about the possibility of taking this kid on an amazing trip to eat fantastic food and forget about his challenges for awhile.

Unfortunately, this particular wish of Aaron’s did not get granted. But honestly, don’t be mad at the MAW people. It’s totally OK!

When his wish didn’t seem to be getting any traction, he was encouraged to change it. Voila! His second wish was granted in a heartbeat. He asked for and received the gift of having his first year of tuition at the University of Wisconsin-Madison paid for. We’re forever thankful to the generous Make a Wish donors who made that dream for Aaron come true.

Italy ‘wish’ nagged at me

But back to that wish of AJ’s to experience Italian cuisine in its most authentic place.

For the last three years, I have been particularly nagged by that trip not having been taken. And earlier this year, I planted a flag in the sand, and I asked Dean to seriously consider taking both of the boys on a trip to Italy, for food, adventure and bonding.

Thankfully, my hubby is always ready to jump on an adventure, and after examining our budget and prioritizing our free time, we decided to do it.

The next step was to gauge interest from the guys.

It was an automatic yes for AJ. I mean, it had been his dream for more than three years. He was ready!

Sadly, it was a no from Jake. And while we are totally bummed that he can’t come, we understand completely why he can’t. He recently got a great job at a company that he’s been hoping to work for ever since he was an undergrad in the electrical engineering program at UW-Madison. Gotta say, not many young people would skip an all-expenses paid trip to Europe in favor of work. Way to go Jake (and hopefully we’ll be able to make it up to him down the road when he’s more settled into his new job.) 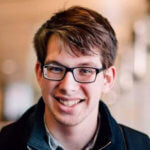 Now to the ‘Why now?’ part of the Italy trip

Aaron is a junior at Madison, and we’re pretty sure the summer of 2019 is likely to be an important one for him in terms of an internship or similar in his major of Dietetics. We didn’t want a vacation getting in the way of that, so his winter break seemed like the best moment.Which means we’re traveling in Italy during the winter.The good part of this: It should be around 50 there, which will seem like summer to those of us already in the 20s and 30s. Another benefit is that fewer tourists will be there, which means we’ll have less competition for sights, classes, museums, strolls and more.And, of course, I’m stoked that I don’t even have to think ONE SECOND about putting on a bathing suit to soak in the sun at one of Italy’s stunning beaches.So that’s the short-ish reason of why and why now.Stay tuned for insights into our entire planning process: from choosing locations, flights, lodging, packing, activities, sightseeing and language as we finish our planning.Our goal for anything we put in this space is to enlighten and entertain. We’ll likely be developing a podcast, vlog or both, for those who would rather watch than read about the trip. And knowing Dean and myself, there will be plenty to laugh about along the way!Cheers,CindySome of the resources we’re using:AirbnbGoogle FlightsDuolingoGoogle Drive & MapsAlitaliaOrbitzDean’s new travel packpackOur favorite camera and lens for the trip